Madkam Hidme : Pledge To Not Forget 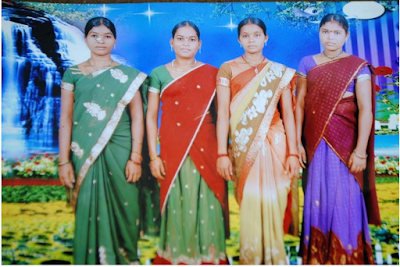 Madkam Hidme was dragged away from their home by security personnel on June 13. The next day, the police sent back her corpse. “A stark nude body wrapped in plastic,” Lakshmi, Madkam's mother said. The police released a photo that showed the body of Hidme on the ground. She was wearing a crisp, ironed Maoist uniform. The outsized pants had been rolled up neatly around the ankles. The police claim she was a Maoist , hence killed .Her mother says she was raped and killed
Report on the rape and murder of Madkam Hidme at scroll.


Activist Soni Sori’s rest house in Konta , Chhatisgarh was surrounded by the police forces, in an attempt to stop her from visiting Madkam Hidme’s village and family. Soni Sori

The police had also stopped Congress and AAP fact finding teams from visiting Sukam, the village where Madkam Hidme lived. A second post mortem report is to be submitted . There are no new press reports on the case.
Pledge To Not Forget
‪#‎INeverAskForIt‬.

Email ThisBlogThis!Share to TwitterShare to FacebookShare to Pinterest
Labels: chhattisgarh, i never ask for it, madkam, murder, rape, soni sori