Volunteers most wanted!
Anybody can apply. Blank Noise could do more with inputs from individuals who are committed, believe in Blank Noise, want to address 'eve teasing' as street sexual violence. The ideal Blank Noise volunteer has time and most importantly is enthusiastic and willing!
All we need is a bit of your time every week over a rotating three month period. Every 3 months a new team will be delegated roles, based on the volunteer's skill and area of interest. Volunteers could also be campaign specific instead of time specific.
Blank Noise behind the scenes is a resource pool of many individuals from diverse backgrounds. The team has had its share of rotating members from across age groups and backgrounds. There have been college students, home makers, architects, software programmers, journalists, consultants, professors, grandmother, flower seller, street hawkers, bus conductors, security guards, police men, child birth instructor, poets, film makers, actors,unemployed, self employed, heavily employed, bloggers, language translators,... etc .
Each participant has influenced and formed Blank Noise. There have been degrees of participation- while most have been floating members- members who make it when they have the time- there have been others who have dedicated time to the project. Some participants are here
Blank Noise in Delhi, Mumbai, Hyderabad, Chennai, Kolkata, Lucknow, and Bangalore.
While we have no active group in Vizag, Jaipur and Pune, many individuals have written in over the years and expressed desire to form one.

24.01.08
We have Teresa writing in from Guwahati: if you would like to form a Blank Noise Guwahati- do write in right away!
Volunteering with Blank Noise involves a range of back end work- from admin and organizing, creative, production, post production, fund raising, to simply having conversations with strangers on the street. (other- you suggest, we add).
On the 5th of February, new groups will be announced in each of the cities.
To be part of this all new Blank Noise Team do email us by feb 3rd with
email: blurtblanknoiseATgmail.com subject titled " I VOLUNTEER- CITY NAME"
Thankyou!
Posted by J at 22.1.08 13 comments:

Weeks ago, I had written of a certain number plate and the man behind the wheel in that car. I posted the facts of the incident on my blog. In a few days, somebody had managed to trace the car registration number and location, and I wa given to understand that the police had paid the owner a friendly visit.

Today, I am doing so again.

On the night of January 9th, Wednesday, about 9.30 pm, this car slows down as these two men see a woman sitting in a blue cycle rickshaw. They follow, from Defence Colony market towards the Lajpat Nagar railway gate. They lean out of the window. The man driving asks the rickshaw-puller, 'Kyon, kya scene hai?' (So what's the scene?)

Awkward, the rickshaw-puller turns to look at his passenger. This is me, sitting stony-faced, and he guages the situation for what it is. He keeps pulling, casting sidelong, frightened glances at the car. I mull over the possibility of fighting back. There is plenty of traffic about and I am not alone. But this is a cycle-rickshaw and a car makes it vulnerable.

On the night of January 9th, Wednesday, about 9.30 pm, this car slows down a the man sees a woman sitting in a blue cycle rickhaw. He begins to follow, on the road leading to the Lajpat Nagar railway gate, and he peers out of his window, repeating 'come' and 'do you want to come?'

The rickshaw-puller kept turning to look at me. I sat, stony-faced, crossed every finger I had, and held my peace. Ordinarily, in this much traffic, when the going is slower than it would be if one walked, I would just get down and walk about hundred meters and would be home. This night, I didn't. Instead, I requested the rickshaw-puller to stay with me, stuck in this mini-jam for a good fifteen minutes. He agreed wordlessly, head bent, and dropped me to my very doorstep. Out of sheer gratitude and relief, I paid him twice the fare we'd decided on.

I had no camera or I'd have taken pictures and put them up in the 'UNWANTED' section. I did have a phone though, and eyes and a quick thumb. These are the car numbers. This is my personal FIR.

World, are you taking down my complaint?

[And since I am doing this now, here' another: Defence Colony again, near the market, another car had slowed down and followed, and despite my obvious disinterest and discomfort, had repeatedly asked me to get into his car. Number DL3C AP 4910. Date: November 15, 2007]


Blank Noise calls on all women who have been stalked in cars, harassed by drivers of cars (or bikes, or autos) to do the same. If you don't have a camera, use what you do have. Use your eyes, your memory, your phones, a pen and notebook. Put up the number plates here along with a brief description of what happened, where, what time and how you reacted. Treat this act as a personal First Information Report and share it with us so we can put it up in a new unwanted section.
Posted by Annie Zaidi at 18.1.08 44 comments: 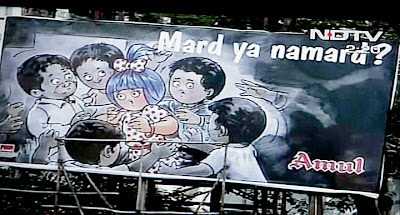 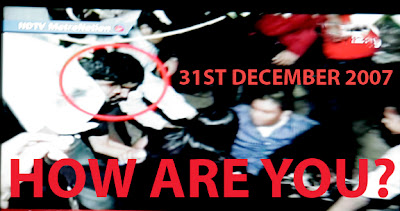 An identical incident had shamed India’s safest city exactly a year ago — a girl was molested by New Year’s eve revellers at the Gateway of India. That incident was captured on film by a popular Mumbai tabloid; Tuesday morning’s horror was shot by two Hindustan Times lensmen who happened to be on the spot.
The women — one in a black dress, the other in a jeans and top — emerged from the JW Marriott with two male friends around 1.45 am, and began walking towards Juhu beach close by.
A mob of about 40 got after them and began teasing the women. One of the women swore loudly at the hooligans.

But the mob, now 70-80 strong, wouldn’t let go. They trapped the women near a vehicle and a tree, and pounced on them. A man in a white shirt tore off the black dress. Another, in a blue shirt, led the assault. As the women fell on the ground, dozens of men jumped on them.

A mob of 70-80 men groped and molested two young women for some 15 minutes on a busy main street in Mumbai’s glamour district Juhu early on New Year’s Day.But the mob, now 70-80 strong, wouldn’t let go. They trapped the near a vehicle and a tree, and pounced on them. ...white shirt tore off the black dress. blue shirt, led the assault. As the fell on the ground, dozens of men jumped on them.shamed India’s safest city

A mob of 70-80 men groped and molested two young women for some 15 minutes on a busy main street in Mumbai’s glamour district. shamed India’s safest city

A mob of 70-80 groped and molested two young women for some 15 minutes go. They trapped the women near a vehicle and a tree, and pounced on them. A man in a white shirt tore off the black dress.on a busy main street in Mumbai’s glamour district Juhu early on New Year’s Day.But the mob, now 70-80 strong, wouldn’t let Another, in a blue shirt, led the assault. As the women fell on the ground, dozens of men jumped on them.

A mob of 70-80 men groped and molested two young women for some 15 minutes on a busy main street in Mumbai’s glamour district Juhu early on New Year’s Day. 70-80 , wouldn’t let go.trapped the near a vehicle and a tree, and pounced on them. in a white shirt tore off the black dress, blue shirt, led the assault. As the fell on the ground, dozens of jumped on them.

A mob of 70-80 men groped and molested two young women for some 15 minutes on a busy main street in Mumbai’s glamour district Juhu early on New Year’s Day. 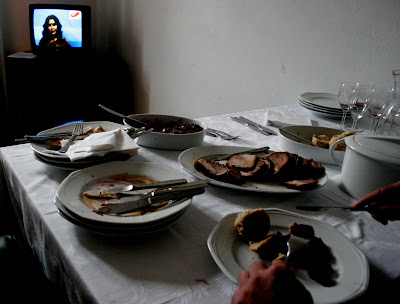 Do share with us, your thoughts and reactions about the Mumbai molestation/ street sexual violation episode and we will add you in the list below.

Here's what they said: