REPORTING TO REMEMBER : I NEVER ASK FOR IT 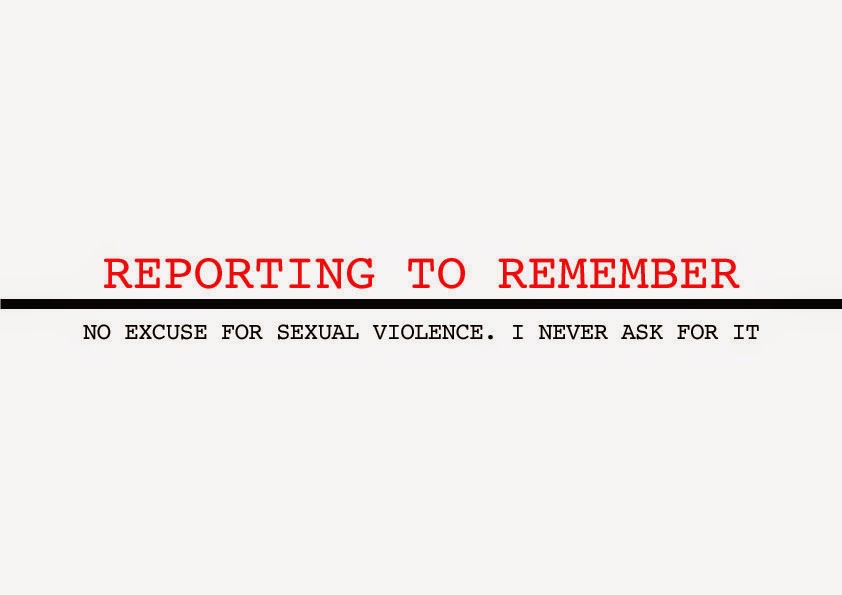 “Mandatory for girl students to wear overcoats to prevent sexual crimes” .
Minister for Education , forests, electiricity, Puducherry, T Thiagarajan’s decision after the kidnapping and rape of a grade 12 student and an engineering student.
Source: Hindustan Times

“Why would a mother go to a nightclub?”
Transport Minister of WB (TMC), Madan Mitra’s response to Suzzette Jordan’s gangrape in Kolkata.
Source: The Hindu

“Women who cross their limits will pay the price.”
Member of Parliament and BJP leader , Kailash Vijayvargia
Source: India Today


Reporting To Remember is a pledge to not forget incidents of sexual violence, that have been justified by individuals in power and authority. It takes the form collaborative, participatory, and open research project that archives incidents of gender based violence that have been excused, and therefore permitted.

To contribute to Reporting To Remember is to be part of a collective process of generating evidence. This could be in the form of statements, news reports, articles, blogposts and other public documents.

The Reporting To Remember project values inclusivity in its reports and urges you to share statements from various spaces and locations, and relating to multiple genders, orientations, identities, and intersections. This archive is a collaborative effort and will be publicly shared and sourced.

*Reporting to Remember*  is a collaborative open archive project as part of the "I Never Ask For It" campaign. It is being facilitated by Blank Noise along with project partners and allies, i.e., you.

Do fill in this form, linking to documents, articles, or posts that you have come across in your contexts, communities and collective memories, that justify sexual violence.

Email ThisBlogThis!Share to TwitterShare to FacebookShare to Pinterest
Labels: asking for it, blame, i never ask for it, reporting to remember