Walking The Song . A Chant. A Reminder. A Hashtag. And More. May To June. Moving To September .Save The Date . #INeverAskForIt 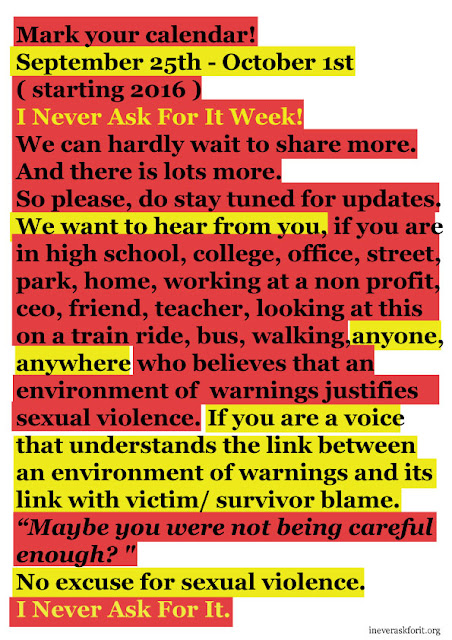 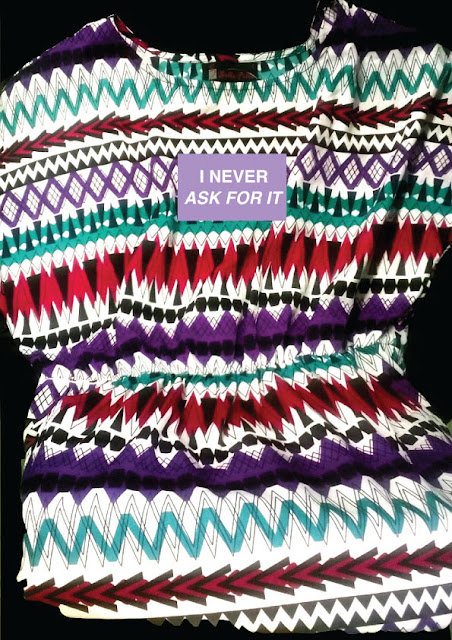 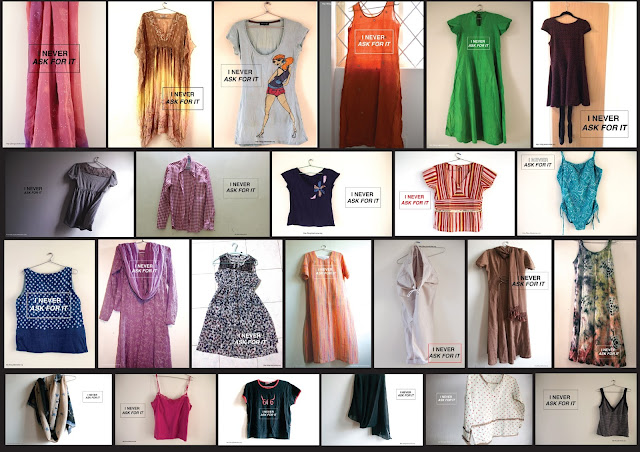 Reach out if you would like to be on board in any of the following ways:

i) Send your garment to the I Never Ask For It Clothes Project.
Blank Noise Team will be publishing a testimonial every Friday.

ii) Start the conversation on victim blame and I Never Ask For It Clothes Project where you live. Your start point informs the I Never Ask For It Action Heroes Network:  a community committed to end all excuses that justify sexual violence. Another way to take this forward would be to apply to volunteer or intern towards this five year campaign.

Shout out to Action Hero Sayali Patwardhan, Pune, for connecting friends, friends of friends towards the I Never Ask For It Action Heroes Network!  Sayali has been changing the scene, one Action Hero at a time.

iii) Are you in college or university ? /  ( Or know someone who is?)
If sexism, rape culture, victim blame/ shame, sexual violence concerns , affects, angers or outrages you, you are very invited to the Action Hero Campus Network: A Network Of Campus Allies Committed To Building Ending Sexism, Patriarchy and Victim Blame.This link is an invitation to build the network. Please give us three weeks of response time. Once again, specific internships offered for this position.

iv)The campaign invites and mobilizes communities, organizations and groups. both in India and globally, to step in and co create this vision. This is the link to nominate or add your organization/ community to the Global Feminist Network to End Victim Blame.

Email ThisBlogThis!Share to TwitterShare to FacebookShare to Pinterest
Labels: i never ask for it, reporting to remember

Bangalore protest organised by Alternative Law Forum
on May 6, 2016 at Town Hall, Bangalore. 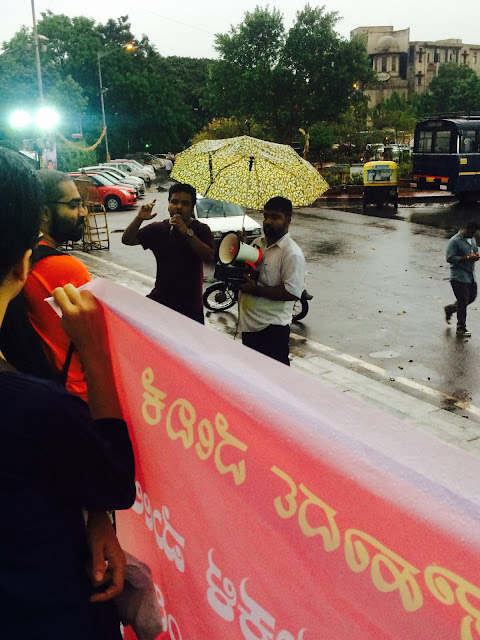 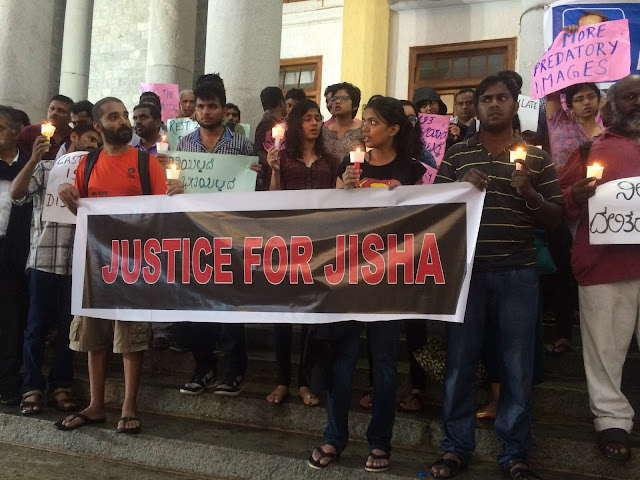 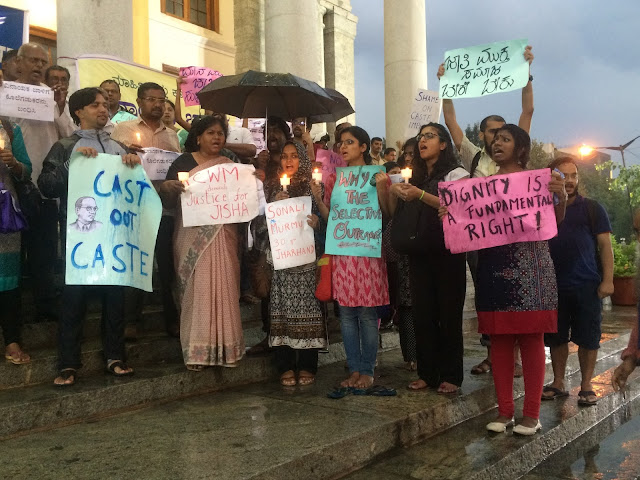 Protests Against - Rape and Murder of Jisha

Delhi Protest called by BAPSA (Birsa Ambedkar Phule Students' Association) on 6th May at 11am outside Kerala Bhawan.

Email ThisBlogThis!Share to TwitterShare to FacebookShare to Pinterest
Labels: #JusticeForJisha

On 28th April'16, Rajeshwari a daily wage labourer and a single parent, returned home to her one-room house at Kuruppampady village in Kerela at night, to find the body of her younger daughter, raped, mutilated and murdered. Her daughter, who was a Dalit student, had to discontinue her BA degree within a year due to financial constrains. However, she was not one to give up and had been enrolled as an LLB student of Ernakulum Law College since 2010. “She wants to fight for people like us, poor people, those who have been discriminated against,” says Rajeswari as she lies in the hospital, in shock and trauma, unable to accept her daughter's sudden and tragic demise. Rajeshwari had rushed to the nearby police station on that fatal night, where not surprisingly, the police refused to file her case, “wait for the postmortem” they claimed, ensuring that any 'crucial evidence' would essentially be lost in the meantime. Five long days passed since the murder. There were no investigations, there were no arrests, there were no marches or media outrage. There was only a deafening silence and a disturbing apathy. This was not the first time Rajeswari had gone to the police station. She had lived in her one room state-allocated house for 40 years, and during that long period, all she and her family had faced was hostility and severe caste discrimination from their neighbours: their water pipes were destroyed and the women-only family was forced to draw water from a nearby canal, they were not allowed to build toilet in their house, stones were regularly pelted at their small home, they had received threats of murder and the two daughters were subject to constant sexual harassment from neighbourhood men. The police refused any action in all cases, despite repeated complaints.

After five days of silence, news of the rape and murder started to slowly appear in social media due to the efforts of Dalit Bahujan voices, forcing the mainstream media to respond. The mainstream media reports have been accompanied by sickening, voyeuristic and vivid descriptions of the 'brutality' of the rape, characteristic of the way in which Dalit bodies are denied respect and dignity even in death. “Kerala's Nirbhaya”, screamed the media, while the Malayali savarna middle class unable to imagine such 'barbarity' to their kind, claimed (in typical display of their xenophobia), that the perpetrators “must be migrant workers”. The 'merit' of the Dalit student had to be interrogated. 'She had three papers left to clear”, the savarna media hinted slyly, as suspicions on her 'character' were raised “why did she not scream? why she did she not call out for help? how could this have happened inside her own house?”. The name and photograph of the 'victim' was flashed without consent across media in violation of the law. The media insensitivity that characterises this problematic act of naming, has been subsequently challenged by the emerging movement demanding Justice for Jisha by fighting against the very shaming in anticipation of which the law forbids the name of a sexual violence 'victim' from being revealed. However, in a context of upcoming elections in Kerela, the rape and murder of a Dalit woman has now become an 'agenda' for the predatory parties to capitalise on, to appropriate. The matter 'shook' the Rajya Sabha yesterday, where PJ Kurein, one of the primary accused in the Suryanelli rape case in Kerela, had the audacity to express his condemnation of this 'heinous' and 'shameful' crime.

The violence that was inflicted on the body of Jisha and what has unfolded thereafter, is not an 'exception or an 'aberration' in Kerela's 'progressive' society  whose impressive HDI (Human Development Index) credentials we are constantly reminded of. In fact,  it is characteristic of the tremendous everyday violence and oppression that is inherent to that state, and this country where Dalit lives are crushed, humiliated, maimed, killed, murdered and destroyed everyday with impunity. Jisha's rape and murder, like Delta Meghwal's death, reaffirms how the bodies of Dalit women become sites for the most brutal forms of exercise of caste oppression accentuated by patriarchal power, where the control of and violence on women's bodies become powerful mechanisms for upholding a Brahminical patriarchal order.Patriarchal and caste oppression do not operate in isolation, but inherently reinforce each other. When located in the context/history of persistent castiest and patriarchal violence faced by Rajeshwari's family and the structural negligence of the police, the rape and murder of Jisha is not unimaginable or unanticipated, and almost constitutes the chronicles of a rape foretold. As some form of police investigation of this crime finally begins, we are met with the news of the rape of a 19yr old Dalit nursing student by three men in an auto in the coastal town of Varkala in Kerela. Our rage and anger is hence not to be limited to the 'atrocity' of the 'gruesome' nature of Jisha's murder, but has to lead to a persistent struggle towards a structural annihilation of this Brahminical society that violently denies through innumerable everyday acts and practices, a life of dignity and equality to Dalits.

Rajeswari's all-women household was a 'dangerous' entity, a collective of women struggling and surviving and  a Dalit working class woman seeking education and entry into a profession dominated by savarna men, was a direct threat to a Brahminical and patriarchal society. The 'outside' streets and the neighbourhood never belonged to Rajeswari, Jisha and Deepa. But even their 'home' that defied the dictates of a patriarchal world which mandates male control over families, was not to have any illusion of 'safety'. It was to be always vulnerable to stones, to abuse, to ostracisation and to attack by this disgusting casteist society, that all savarnas (including women) are complicit in perpetuating. This resistance, this deviation by Dalit women was an 'audacity' that was not to tolerated, it had to silenced, it had to be dismantled.

Rise up in collective rage against caste oppression! Smash this Brahminical patriarchal order! Stand in solidarity with the struggles and resistance of Dalit women

* In Delhi, JOIN in large numbers in the protest called by BAPSA (Birsa Ambedkar Phule Students' Association) on 6th May (tomorrow) at 11am outside Kerala Bhawan.

Email ThisBlogThis!Share to TwitterShare to FacebookShare to Pinterest
Labels: #JusticeForJisha

Justice For Keenan And Reuben

All four accused in the Keenan Santos and Reuben Fernandez murder have been charged guilty and sentenced to life imprisonment. link

Keenan Santos and Reuben Fernandez were murdered in October 2011,  by a gang of men armed with knives and sickles. Keenan and Reuben had stepped in to support their friend who had been harassed by the the gang members, just outside the Amboli Bar and Restaurant in Mumbai.
The four accused of murder are Jitendra Rana (25), Sunil Bote (20), Satish Dulgaj (35) and Deepak Tival (19) . They were arrested by the police the same night.

The verdict on the Keenan and Reuben Case will be announced tomorrow, May 5, 2016.


Valerian Santos, father of Keenan Santos, has been in court rooms since 2011.
Mr. Valerian spoke of how enabling environment and processes after a crime, are part of what his idea of justice constitutes.


Q: What does justice mean to you?

"Justice is in not making the victim's family run around , wait so long, when they are already suffering.

Justice is immediate. It should not take this long. A fast track case should be fast tracked. When justice is delayed, the victims family suffers. "

Email ThisBlogThis!Share to TwitterShare to FacebookShare to Pinterest
Labels: justice for keenan reuben

Build Testimonies Of Clothing To End Victim Blame. No Excuse For Sexual Violence. I Never Ask For It 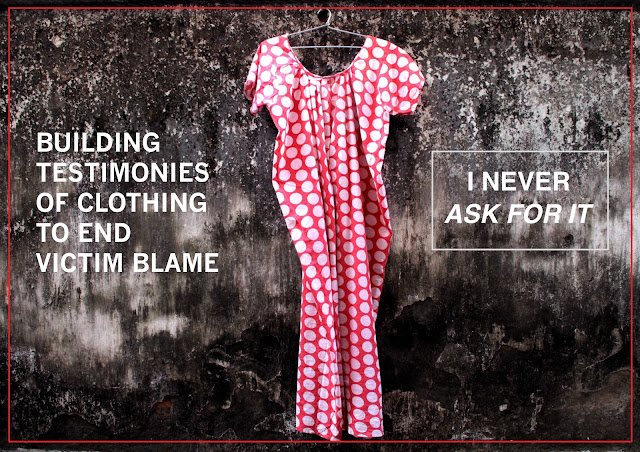 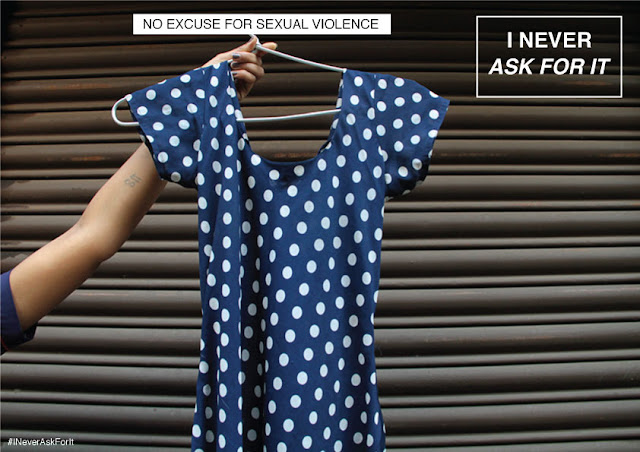 Do you recall the clothes you wore when you experienced any form of sexual harassment, violence, threat or intimidation?

Most women and girls across geographies can recall. Why is that?

Send in the clothes you wore when you experienced any form of sexual violence, threat or intimidation. Your garment is memory, witness, voice. Each garment will form a large scale installation in sites of public significance.

Garments are being collected, sent, photographed too from across the globe.