A Promise is a Promise

In a world that is full of places where women can’t walk the streets alone, China appears to be relatively safe.
Yet Chinese women are facing a rise in sexual harassment, according to asurvey from China-based research firm Canton Public Opinion Research Center.
Of the 1,500 women above the age of 16 surveyed, 31% reported a rise in sexual harassment incidents over the past three years, while 48% of those between the ages of 16 and 25 said they have faced increased incidents, the survey, conducted by phone with women in Beijing, Shanghai and Guangzhou, said.
Compared with countries such as India, where “aggressive sexual harassment is a fixture of daily life,” as reported today in The Wall Street Journal, China has appeared comparatively safe for females. Sexual harassment in Japan has become such a problem that subways now offer female-only cars.
Yet women have long faced many obstacles in Chinese society, including cases of domestic violence and acts of subjugation, such as foot-binding.
The Canton survey reported that 35% of victims suffered sexual harassment in verbal form, in person, or through text messages or phone calls. The survey did not provide reasons for the rates of increase.
Research from the University of Chicago in 2006 suggests that as China’s economy has undergone a massive transformation in the last two decades, so has its society, including its views of sex and of women.
continued here

A bill containing harsher punishments for rapists was passed by India's parliament earlier in March. Karuna Nundy, a leading Supreme Court lawyer, explains the new laws.
Why change the law?
Reacting to the massive protests that followed the fatal gang rape of a student in Delhi last December, the government set up a panel headed by a retired judge to recommend legal reform and other ways to reduce sexual violence.
The Justice Verma Committee received 80,000 recommendations, held wide consultations and referred to laws and research from around the world.
Its report gave many women the audacity to hope that freedom from violence and constitutional equality would be reclaimed by and for women.
The new law is a combination of just thinking about gender and existing patriarchal attitudes in society, as well as those ingrained in the colonial Indian Penal Code of 1860.
It also reflects the government's desire to be seen as tough on crimes against women.
So "outraging the modesty of a woman" remains a legitimate legal standard, though some new crimes based on a women's right to bodily integrity and to be free of sexual harassment have also been incorporated.
A clearly defined rule should have been to penalise violent, coercive activity.
Instead, most marital rape is still legal, even the rape of a "married" child, aged between 15 and 18.
If an unmarried girl and boy of about 17 years have consensual intercourse, though, the boy risks being sent to a juvenile home for three years, reported for statutory rape by unhappy parents,unofficial caste-councils, or religious moral police.
Continue reading the main storyWhich new crimes are included? ‪
The new laws are closer to addressing violence as women experience it.
New crimes include stalking, which is intimidating and often leads to assault, even murder.
Acid violence and disrobing, common now in India, are specific crimes.
Voyeurism - spying on a woman when naked or circulating her pictures without her consent - is a new crime.
The law also expands the definition of rape and says explicitly that the absence of physical struggle doesn't equal consent.
A major reason such a tiny percentage of crimes against women are reported is that the police don't let complaints through.
Now the security blanket that protected misogynist police officers and other public servants who failed to register complaints and compromised survivors' rights during investigations has been removed.
Compulsory jail time has been prescribed for the non-military public servant who fails to register a complaint or himself commits sexual assault.
Procedures for gathering evidence and the trial are a little easier on women now, and more careful of disabled people' rights.
Also, all healthcare providers must now give survivors of sexual violence or acid attacks free and immediate medical care.
There's a legal provision for compensation but the relevant governments have not set up systems to give survivors quick and adequate restitution.
Are the laws tougher?
The word tough can be a red herring: people often think it's about higher sentencing.
The new laws increase jail terms in most cases, and bring in the death penalty for a repeat offence of rape, or rape that causes coma.
We don't have comprehensive, long-term studies that measure the effect of higher sentences on the rate of sexual violence - but evidence from India and other countries shows that the death penalty is no deterrent to violent crime.
There's also a concern that if sentences are thought of as too harsh by the judges, the already high acquittal rate in cases of sexual violence will rise further.
Justice Verma criticised the way India is governed and said the public had been failed
Certain and swift justice is more likely to reduce crime.
Without comprehensive expansion of the criminal justice system it's unclear how fast rape and assault trials will be, but there's a hopeful amendment in the Criminal Procedure Code - that trials "as far as possible" be completed two months from the date of filing charges.
There are fears of false complaints, but the power to prosecute malicious complaints already exists under law.
Besides, a recent UK study released earlier this month by the Crown Prosecution Service says false cases of rape and sexual violence are much rarer than many believe and compromise justice for women who have in fact been raped, assaulted or harassed.
What about the age of consent?
The 'age of consent' is a misnomer and lead to all sorts of confusion in public and parliamentary debates. The age of statutory rape would be more accurate.
For about 30 years that age was 16 years. It was increased a few months ago to 18 years without much discussion by the Protection of Children from Sexual Offences Act, 2012.
There were those who thought keeping the age of consent at 16 years would be a social and moral endorsement of teenage sexual activity.
But the criminal law doesn't tell you to do this or that. Families, schools, society and free will do.
If two young people decide to engage in sexual intercourse with others around the same age, the truncheon of the criminal law is not the appropriate societal signal.
Now boys of 16-18 years or slightly older may be branded rapists if they have consensual sex with a girl of the same age and the judge will have no discretion in the matter.

This is against the "best interests" of teenagers, who weren't even consulted on this important decision, although India is a signatory to the UN Convention on the Rights of the Child.
A "proximity clause" is badly needed: one that clarifies that sexual intercourse between a teenager of 16-18 years with a person not more than four years older will not be criminalised.
Parents, schools and communities are free to impart their social values to children, whatever they may be.
What do the new laws not cover?
That the new laws only protect women from rape and sexual assault and not men and transgender people is a major failure.
The infamous section 377 of the Penal Code penalises "carnal intercourse against the order of nature".
Even if it survives a Supreme Court challenge, the law is limited, and doesn't have violence or coercion at its core.
The absence of a proximity clause means 18 as the "age of consent" criminalises intercourse between young adults that is neither violent nor forced.
Marital rape is still legal - unless the couple are separated.
Armed forces in "disturbed areas" are still effectively immune from prosecution for rape and sexual assault.
They benefit from the boys' club protections that are enhanced in situations of sanctioned violence, committed against communities they are seriously alienated from.
While in state and central legislatures politicians accused of crime may remain in office and benefit from the slow justice system until convicted.
What lies ahead?
The Justice Verma Committee report has laid out a comprehensive roadmap for women's constitutional equality - the panel was set up by the government, it should use that blueprint.
It includes police reforms, educational reforms, training of personnel in the criminal justice system, services such as well equipped rape-crisis centres.
The new amendments are only a start and a law is nothing if it's not enforced; but you have to have a law first. And for better or for worse, now we do. 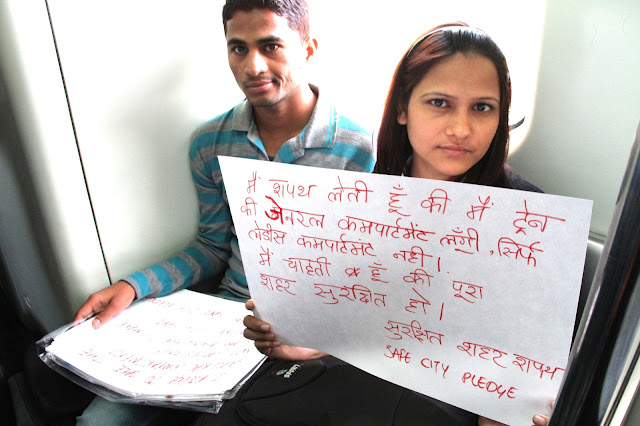 " I pledge to take the general train compartment, not the 'ladies only'. I would like for the entire city to be made safe instead. #SafeCityPledge. 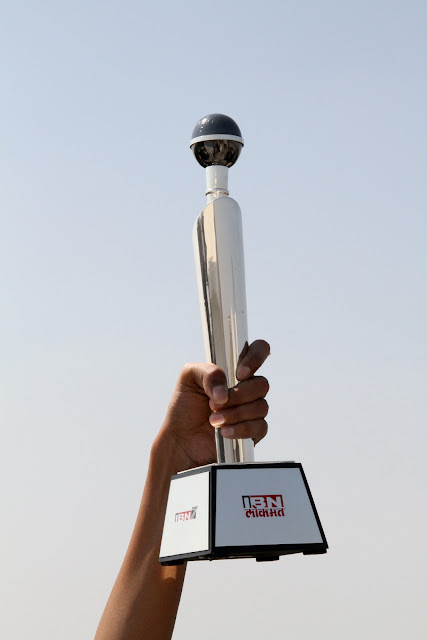 To the Action Heroes, BN Guys
Friends, Teachers, Supporters
bloggers, strangers, potential action heroes, teachers, organisations, tweeters, readers, visitors,
to those we have never met but who send their stories
to those who inspire us
Thank you for building the conversations here.
This one's for you!

We received the Citizen Journalist Award by CNN- IBN, 2013


An Action Hero and also the CnnIbn Citizen Journalism Awardee, 2013 is from Alwar in Rajasthan. She is 19 and a Dalit. She was stalked, molested and abducted by men from an 'upper caste', just because she wanted to go to college. She fought back.  Three of the men have been arrested. She has also been given police protection . She continues to assert her right for education and justice. Her CJ story here