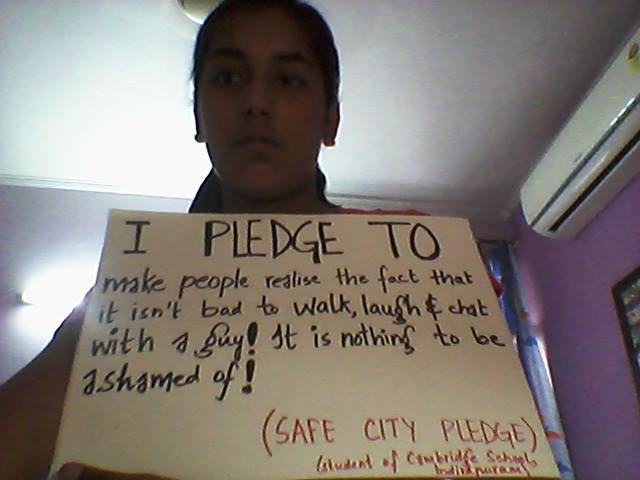 
To The Men. Mard. Guys. Boys. Gents. - There are men against sexual violence.
We want to hear you LOUDER. Say it. Build this space
Posted by Blank Noise at 18.5.13 No comments:

This lane in Yelahanka, Bangalore was referred to as the "Rapist Lane" by a number of women between the age of 18- 22 years. We don't have evidence of rape in this location but it had taken this name because a number of women had been molested in this stretch. It had earned a reputation of being unsafe; something you don't negotiate, but accept. The Yelahanka Action Heroes ( a locality specific Blank Noise Action Hero network) intervened to change the scene. This place was seen as unsafe due to the following reasons:
1. No street lights working
2. No commercial activity, a vegetable cart at 4 pm, an ice cream cart at 5 pm, factory workers leaving at 5 15 pm.
3. Men would stop their cars and drink. And or get out and pee.
4. Buses were parked by the pavements all day, they belonged to the factory and would take the women factory workers home in the evening. The rest of the day, the buses were stationery and empty, hence often perceived as threatening.

Unlearning Fear. Asserting Presence
Here's one of the projects towards making Rapist Lane- the Safest Lane
Three Action Hero giants were painted on the wall along this stretch.
They had a neon paint and so they would glow at night.
While painting, the Yelahanka Action Heroes befriended the locals and the bus drivers who also got involved in giving feed back, or adding paint to the Giant Action Hero mural. 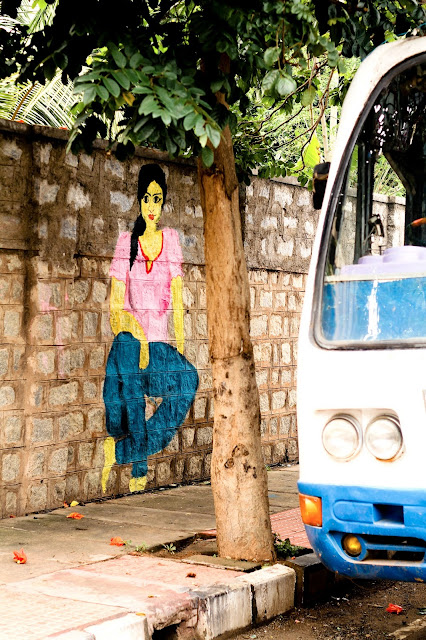 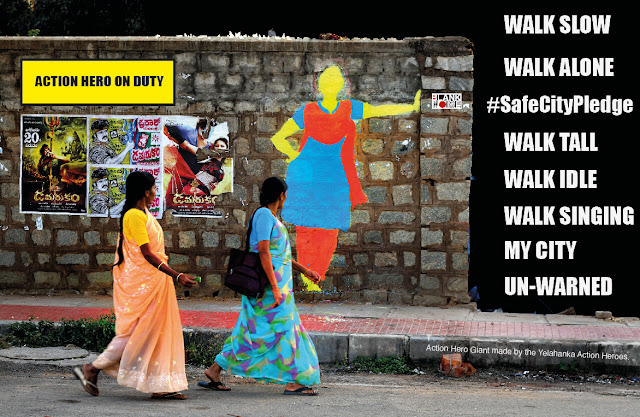 TURNING IT AROUND
ASKING WHY 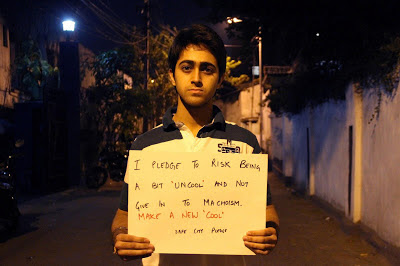 There are men against sexual violence. We just want to hear you louder. Tell us how you stood up against sexism #SafeCityPledge

Pledge with PRIDE
taken your #SafeCityPledge yet?
also at http://facebook.com/safecitypledge/
Posted by Blank Noise at 7.5.13 No comments: 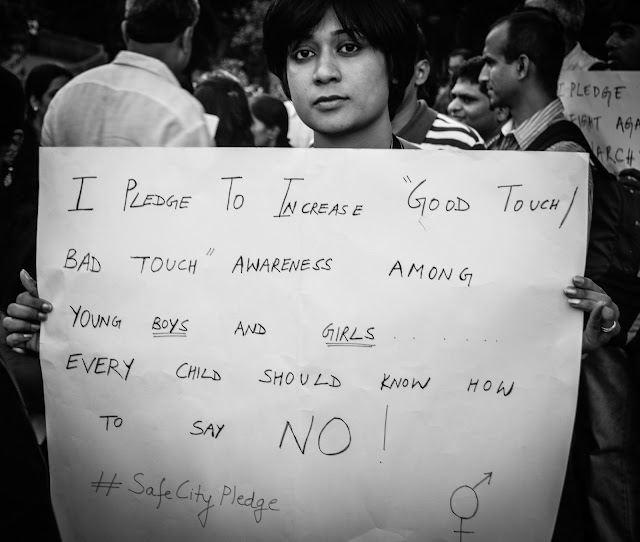