amongst fathers husbands brothers and uncle-jis

r is it just one of those things you 'understood' without having to discuss?
Or would you take a chance and get talking about it with your father or uncles or grandfather or your brother in the next one month?

Send your response/ thoughts/ memories/ conversations in an email or a blog post to blurtblanknoise at gmail com subject titled 'papa said'/ 'abba said'/ 'dad said'/ or brother/ uncle/ grandfather said deadline: feb 21 To confirm your participation in this event do email us immediately and announce this event on your blog/ twitter / fb page to spread the word.

For any questions thoughts suggestions please write to us.

Beyond the Digital-The Digital Tipping Point

Is Web 2.0 really the only reason why youth digital activism is so successful in mobilizing public engagement? A look into the transformation of Blank Noise’s blog from a one-way communication medium into a site of public dialogue and collaboration reveals the crucial factors behind the success.

What images popped in your head when you hear the term ‘digital activism’? Those that popped in mine are of campaigns that originated in the Internet, perhaps with a blog, a Youtube video, or a Facebook group, mobilizing people to take part in a certain action to advocate for a cause or to respond to a specific event. Whether the request is to sign a petition for a new legislation or to wear a specific colour on a specific day, the campaigns also ask people to spread the message, usually responded by re-tweets, status updates, and link-shares that appear on my timeline. These campaigns, like the famous Wear Red for Burma or the Pink Chaddi, are usually responses to certain events and dwindle after the events have passed.

With its four blogs, two Facebook groups, a YouTube channel, and a Twitter account, at first glance Blank Noise certainly resembles the images in my head. However, they popped one by one as I got to know Blank Noise better. For one, as I have shared before, Blank Noise was not a response to a specific event but rather the long term, ongoing, structural problem of street sexual harassment. For another, street interventions started as the main core of Blank Noise and have remained a crucial element despite its prolific online presence. Blank Noise did not start in the Internet nor did it immediately turn to Web 2.0 for its mobilization.

The main blog was created soon after Blank Noise started in 2003 to serve as an archive, information center, and space to announce future street events. The diverse online campaigns, lively discussions in the comment section of blog posts, and abundant blog post contributions by people who have experienced, witnessed, or committed street sexual harassment started after two unexpected events that I call ‘the digital tipping point’.

The first was when Jasmeen Patheja, the founder of Blank Noise, started uploading pictures of her harasser, taken with her mobile phone, to the blog in March 2005. The first picture was of a man who had stalked and pestered her for coffee despite her rejection to his unwelcomed advances. While some readers applauded her action, many challenged the post. How is the action different from “Can I buy you a drink?” Can it trigger the change wanted, especially since the guy might not even have access to the Internet? Is the action of publicly labeling the man as a perpetrator of street sexual harassment ethical, especially since the man has not been proven guilty?

These challenges then spiraled into a long discussion (72 comments!) about the grey areas of street sexual harassment and the ethics around confronting perpetrators. Although Blank Noise still continue to upload snapshots of harassers (this intervention is called ‘Unwanted’), their pictures have since then been blurred until the face is unrecognizable, including the one in the original post. This event was when Jasmeen realized that the blog also has the potential of being a space for discussions, opinions, and debates – the public conversation that Blank Noise aims for.

The second tipping point was when one of Blank Noise volunteers proposed an idea of a blogathon to commemorate the International Women’s Day in 2006. Blogging had become a major trend in India around 2004 and the blogathon basically asked bloggers around India to write about their experience with street sexual harassment in their private blogs and link the post to the Blank Noise blog. The bloggers invited were both women and men, people who have either experienced, witnessed, or committed street sexual harassment. The blogathon was an immense success, perhaps due to the frustration on the silence and downplay of street sexual harassment into eve teasing. Suddenly, eve teasing became a booming topic on the web and Blank Noise received media and (mostly the cyber) public attention.

These tipping points are intriguing not only for being the triggers to Blank Noise’s transformation to one of the most important digital activism in India (Mishra, 2010), but also for the reason why they are successful in doing so: they are able to attract public participation.

The first tipping point was able to attract people to participate by commenting on a post. The said post was very simple; it consists of a picture and a one-paragraph text that depicts a conversation between the harasser and the woman:

Having been used to NGO pamphlets and blog posts, I have come to equate discussion on sexual harassment as a very serious discussion with long text and formal language. This post is so different from what I was used to, but it was clear to me that even though the language was casual, the issue and intention were serious. The casual presentation spoke to me “we would like to share our thoughts and activities with you” rather than “we are an established organization and this is what we do”. It is not the space of professionals, but passionate people. As a blogger myself, I recognize the space as being one of my peer’s and immediately felt more attracted and comfortable to jump into the conversation.

It is widely acknowledged that the success of a digital activism lies on its ability to attract public collaboration; however, the digital tipping points of Blank Noise underline several important factors behind the ability. Attracting public engagement is not always a result of a meticulous pre-planned intervention. On the contrary, it might spawn from unintentional events that welcome diverse points of view, adopt a peer-to-peer attitude, invite contributions, and most importantly, touched an issue that is very important for many different people. Web 2.0 is an enabling tool and site for dialogue, but it is certainly not the only reason behind the success of digital activism in galvanizing youth’s engagement.

This is the fifth post in the Beyond the Digital series, a research project that aims to explore new insights to understand youth digital activism conducted by Maesy Angelina with Blank Noise under the Hivos-CIS Digital Natives Knowledge Programme. 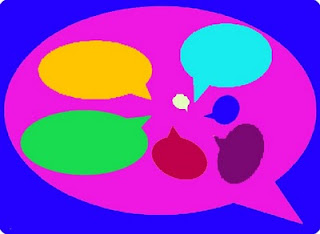 +listen +chai +100% Action Hero-ism=
Watch this space for meet ups , event announcements, Blank Noise workshops and presentations in your city in 2011. To organize a meet up or to have us present at your workplace, college, city etc email in at blurtblanknoise at gmail
FEBRUARY 2011
Feb 7 PICNIC SUNDAY!
any city , town, place, country as long as it's outside!
>propose location and your wish list for the picnic!
e:blurtblanknoise@gmail.com
Bangalore
Date: Feb 2nd. Wednesday
Are you in college? We're starting an Action Heroes College network.
We are meeting on Wednesday between 4 30- 6 30 pm. Location will be disclosed on confirmation. We will be meeting near Cunningham Road. To apply sign up here and if you have already applied just send in an email to blurtblanknoise@gmail.com subject titled BLANK NOISE ACTION HERO COLLEGE NETWORK
Chandigarh
Date: Feb 6th. Sunday
Time 2 30 pm-5 30 pm
JANUARY 2011
Delhi
Date: Jan 23
Location: Central Park
who: everybody/ anybody
Time 2 30- 5pm
Date: Wednesday 19th
Who: college students only.
Time: 4 pm
Location: to be confirmed. email blurtblanknoise@gmail
(past meet)
Date: Jan 12
who: college students only.
time: 4 - 530 pm
Date: Jan 8th
who: everybody
time: 11 am- 1 pm
Workshop/ presentation
Date: Jan 4
Location: Mount Carmel College via Sichrem, Bangalore.
Posted by J at 13.1.11 No comments:

2011 and some immediate things-

2011 and the ACTION HERO is on duty.
make your city safe by walking your street fearless.
Happy New Year!

To new news and immediate action:

1. MEET IN BANGALORE/ DELHI AND CHANDIGARH
This year promises to be eventful and energetic. We're starting with a meeting in Bangalore on Jan 8th, Saturday at 10 45 am. Location will be disclosed upon confirmation. if you can make it, please confirm at the soonest + bring a potential action hero along! (your friend/ colleague/ neighbour/ family/ co traveler) please email us most definitely by the 7th of Jan to confirm.

Meet up in Delhi and Chandigarh on Jan 23-. If you'd like to be involved with organizing a meet up in your city do get in touch with us right away.

Upcoming events include an Action Heroes event across cities (Feb) and an all new internet event too (to be announced in a week).


2. ACTION HERO TESTIMONIALS
A big thank you to all Action Heroes for sharing their stories with us on dealing with street sexual violence.Thank you Dianne Padma Nandini If you've got a story or a strategy on how you dealt with 'eve-teasing' you know where to send it .It doesn't have to be your story alone, it could be an urban legend, something you heard. This could also involve you speaking with women around you and gathering stories. (ask the women around you- grandma. cousins. friends. colleagues. domestic help.)


5. THIS SPECTATOR CHANGED THE SCENE
We often hear stories about a 3rd person being attacked for helping in an 'eve-teasing'/ street sexual violence situation. These reports perpetuate fear by emphasizing the personal risk in getting involved. We're not here to say it isn't a risk but surely there have been instances where a 3rd person's intervention has changed the scene.
This is a call for personal stories of how 'spectators' involvement made a difference.Have you been that third person who got involved? Have you got a story on how the spectator's involvement helped you? email your story subject titled THIS SPECTATOR CHANGED THE SCENE no later than Jan 30. blurtblanknoise at gmail com
(more details to follow)

Yours in spirit
Blank Noise Team
Posted by J at 6.1.11 No comments: