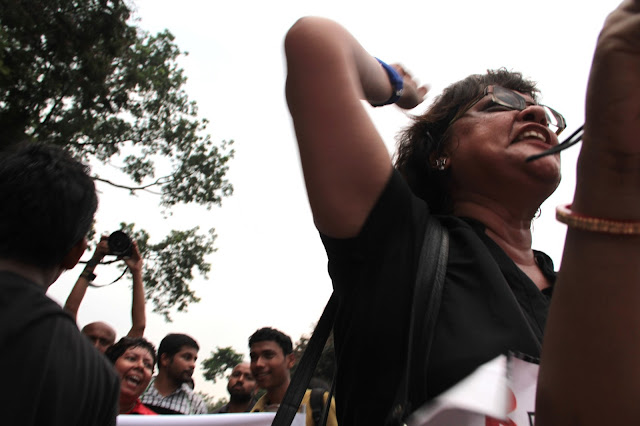 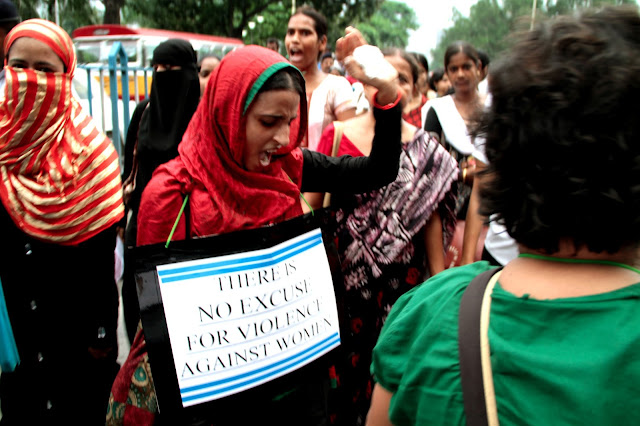 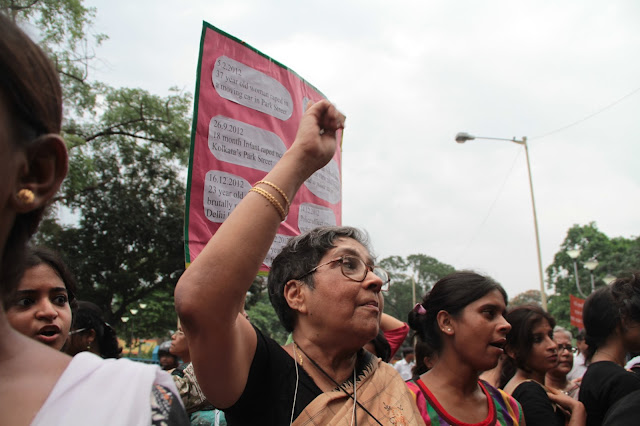 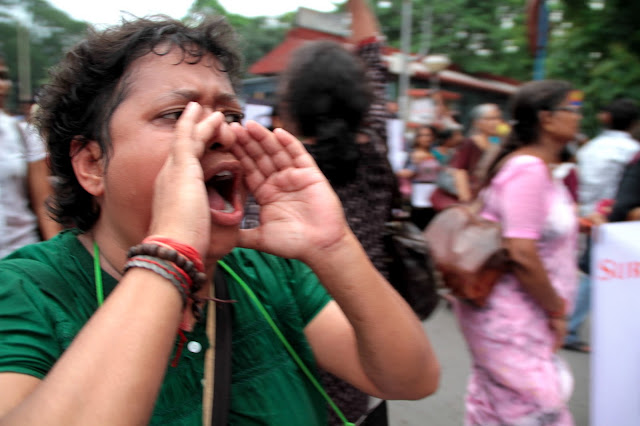 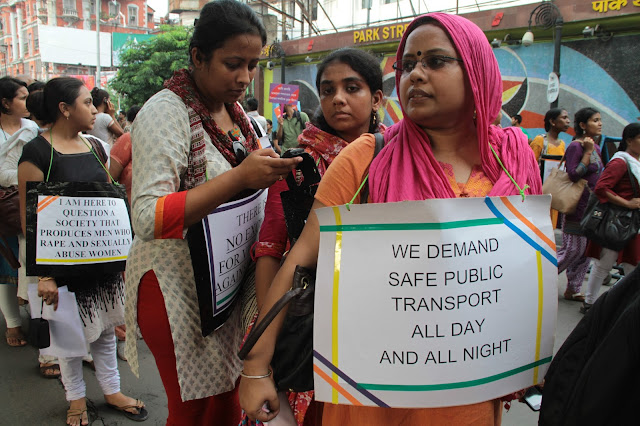 Maitree planned this protest walk.
For the right to dissentFor the right to be heardFor the right to protestAgainst inaction blame and excuse
For the right to ask for accountability from our elected government
Calling your immediate attention towards making West Bengal Safe For Women.
We pledge to not forget. Barasat. Park Street. Nadia.
Posted by Blank Noise at 20.6.13 No comments:

2 school girls were gangraped and murdered in NADIA and BARASAT , West Bengal, in the past week.
Response from our elected state government = SILENCE
This morning, members of Maitree organised a peaceful protest near the chief minister's house. They wanted to meet the chief minister and hand over a letter of demands. Instead of The police arrested them and they were taken to Lal Bazaar Station.

On 13 June, in the morning, Maitree members gathered near Kalighat, to try and meet West Bengal Chief Minister Mamata Banerjee and hand over to her a letter of protest. Maitree had felt compelled to adopt this course on the 12th, as the news of the rape and murder of a school student in Nadia came hard on the heels of the whole Barasat episode – where a college student had been brutally gang raped and murdered, where some of the accused had TMC links, where the police had acted only after tremendous pressure from local people, and where the government, through a minister, had offered “compensation” to the family of the woman, while the Chief Minister had refused to meet civil society activists at Writers Buildings.
The totally peaceful gathering, modest in size, was told by the police to disperse. When they wanted to hand over a protest letter to the CM, they were told to hand over the letter to the police. On their rejection of this offer, on the ground that it was the CM who was the elected representative and the head of the government, thirteen of them were arrested and dragged into waiting vans which took them over to the Lal Bazar Central Lock-up.
It should be noted that from the rape of a speech and hearing impaired woman back in the 1990s to the rape and murder of Tapasi Malik during the Singur agitation, Mamata Banerjee’s rise to power has been connected to using cases of violence on women as major campaign issues. It is therefore particularly offensive, that once in power, she has chosen to act the way she does – sometimes accusing the victims of being liars and conspirators, sometimes silencing and suppressing civil society protests.
Maitree has demanded:
1. Immediate action against those who carry out violence against women
2. Ensuring that women have security and the right to work, study, get involved in all kinds of activities including leisure without any harassment and infringement on their mobility across West Bengal
3. Ensure that Barasat, which has become a particular trouble spot, where women are regularly sexually attacked, raped, etc, is freed of the criminal elements
4. Break up the illicit liquor dens in Barasat and end their connections with political parties
We urge everyone to also demand the immediate release of everyone arrested, and also to demand that the West Bengal government must accept the right of all, regardless of their political positions, to protest peacefully and democratically on issues they think are important.
Maitree
13 June 2013

DO YOU TWEET?
Your tweet can raise funds for Blank Noise
It's a quick and simple process.
One tweet from you brings Blank Noise Rs.100. You can tweet up to 6 times
Calling Action Heroes  here . It doesn't work unless you tweet from that link itself.

One tweet goes a long way.
A big huge thank you for your support

This event has been built by Jaago Re to support six organisations addressing violence against women.

In solidarity
Blank Noise Action Heroes
Posted by J at 1.6.13 No comments: