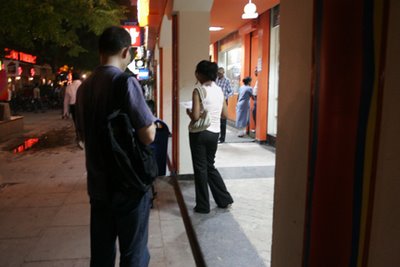 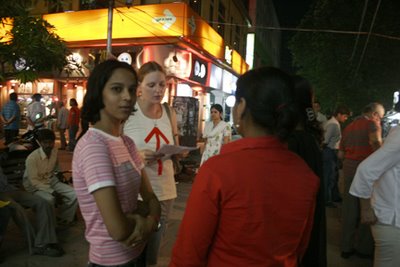 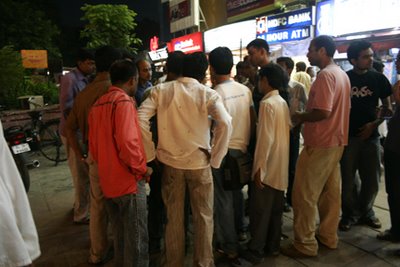 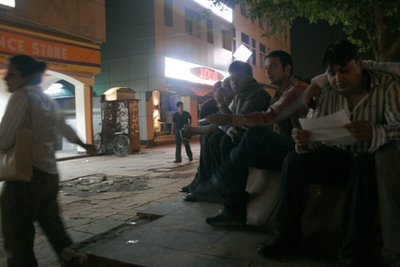 Most of the participants met for the first time. The group participants dispersed testimonials of 'eve teasing'/ street sexual harassment in the form of letters to people (both men and women) present there- Sometimes the testimonials were read out as well.

A group of young men who had been given the letters walked up to us and wanted to return them.

Man 2: “ why have you given this to us? You should give it to men that are doing this.”