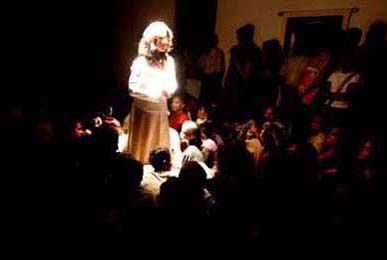 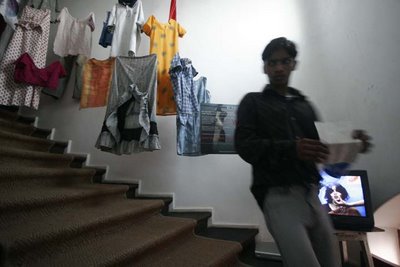 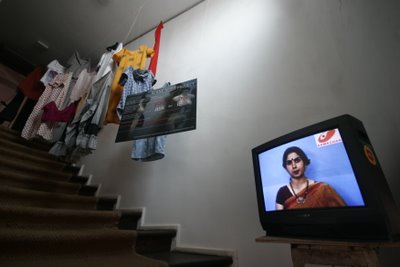 Blank Noise Project was invited to participate in Ek Aur Level Chalte Chalte, an event put together by Gabriel Sirosis and Srimoyee Mitra on April 20th and 21st. A part of the clothes received from the DID YOU ASK FOR IT, project were installed, along with a video performance that questioned passive news consumption. ( the clothes project is still on. We wont stop until there are a 1000 and we will then install them on your streets.)

Rehaan Engineer gave a new form to the blogathon with actor Ayesha. The blogathon was revisited, scripted and heard out loud to the audience at Kitab Mahal. Rehaan's audio piece titled, " Not glaring suspiciously at every passerby suspiciously can be interpreted as an invitation"

( thanking all bloggers for participating in the blogathon. Thankyou all!!

Sincere apologies to those who showed up on saturday at Kitab Mahal and could not find me, I had to run to Carter Road.)