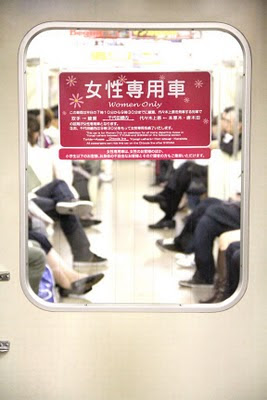 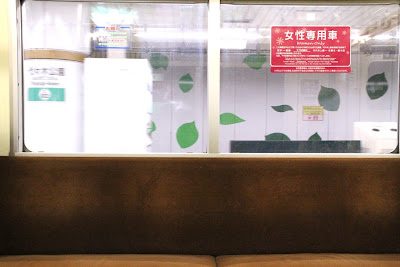 Compilation of recent conversations about the women only train service in New Delhi:

Action Hero Ratna: Will hijra's be 'allowed' in the women's coaches? In Bombay trains they do travel in the women only compartment but from what I've seen don't sit down, even if there is place.
One the one hand it may enable mobility for women who previously didn't travel or traveled very little because they felt unsafe,on the other hand of course it doesn't solve anything,
maybe women who don't agree with it shouldn't use it, and instead travel by the general coaches?

Action Hero Annie: that poses its own set of problems. women who choose to not travel by ladies only coaches are seen as fair game sometimes. the 'why are they here if not to be felt up' logic. I once argued with a male cousin about women's seats in buses. I said I would never make a man vacate his seat so i could sit down. he said he would wonder at what kind of woman i was, if i refused to accept the offer of a seat in a crowded bus.
train of difficult choices... where do you get off?

are women's only trains and seat reservation the real solution for harassments? does'nt it shows women wont be safe in the prsnce of men

Separation of women and men only makes the problem worse. It actually makes women more of a forbidden fruit so to speak. What needs to happen is for men to be embarrassed publicly and arrested for acting like animals. I live in the USA and we have no separation of men and women like this. Women should not be punished for their stupidity! Why should you make adjustments like this which greatly restricts your freedom?? Get to the root of the problem...men acting badly.

Not yet. But the markers on the platform are a hideous fuchsia pink with flowers. It looks like a sanitary napkin ad gone horribly wrong :|

I have seen the ladies coach from the outside, and it is quite a sorry sight to see men being packed ...so inhumanly in the rest of the Metro, and the women sitting in a pretty empty coach.

via facebook-
on being asked if anyone had taken the NEW delhi ladies train yet
here's a Q i can answer without a shade of doubt in my mind - i love it. actually that would be a euphemism....i love love it! i can finally read on the train!

yep. and it's quite a ridiculous excercise in segregation, actually. It's ridiculous to see the ladies coaches nearly emoty mostly while the rest of the train is in a moshpit.

Historically, segregation has always accompanied discrimination, not solved it. Why not segregate footpaths restaurants, malls and cinemas too - will be Saudi arabia soon! Countries with the least segregation also tend to be those where women have the least hassles, and vice versa. So cause or effect?

yup.hardly 'ladies only'.plus it's the first coach of the train...that needs quite a walk from the stairs/escalator.not all the 'women's only' areas are marked.

I wonder where the schoolboys are going?
Certainly it must be an impressive picture for a schoolboy seeing adult females sitting comfortably in their train car while themselves are sqeezed like sardines in the next car.
Certainly that daily experience will help genderequality in india.