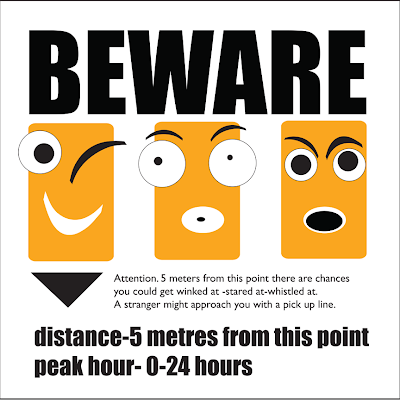 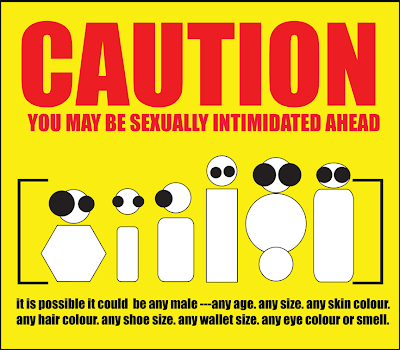 important: Blank Noise is not anti men. Poster were published on this blog- extending the argument of the previous post- on segregated public spaces.
Posted by J at 8.5.08

Hello there! I stumbled upon this randomly.
I've been what you could call a "mute spectator" of this. That is, only recently since I never did pay attention to humans around me. {I still don't when I travel alone :P}

There are a few things I'd like to clarify though. Is there a thread where a discussion is ongoing about what could be considered eve-teasing (apart from a poll).

Hey elendur
the entire blog is based on your question- perhaps you could have a look at 'eveteaser no.' links on the right side bar- where we have published photos of men who sexually harassed/ violated the person who photographed them. there have been raging debates on whether or not it was ethical of me to publish them, to photograph them etc.

I can see why there are raging debates on that. [:P]

However, a few of them seem to be mystery pictures. I agree, it must be hard to reiterate whatever happened to the victim, but publishing somewhat vague pictures and even fainter description makes me feel that the woman in question wanted the mystery appeal so much, that she forgot all about her incident. {Although the pictures make sense after some thought, it really makes me wonder.}

And then, there's the question of staring. I have indulged in it. I'm not apologetic about it either, since if a woman has a beautiful face it would be something of a crime to look away and say: "Oh no! She'll think I'm teasing her."
But isn't it a given fact that a woman who looks good would be stared at? Not because of what she's wearing or not because of her full bosoms, but because of the simple and elegant fact that she is pretty. The media glorifies it, and if a woman spends a lot of money to make herself look good, and then gets creeped because everyone in the street ogle at her?

Oh well, I've just become aware of this menace, and I don't know a lot about it, I confess. And yes, I may never know what it feels like to be there, since I'm a man.
And I really appreciate the work you're doing here! ^^
Just a thought: It would really help if you could weed out trolls and other irritants. And as a solution, I have this as a substitute to normal commenting. {And no, I haven't been paid by them. I just feel that this blog could be a lot better with an organised commenting system :] }