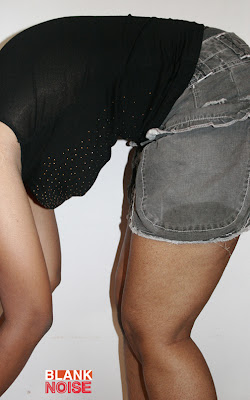 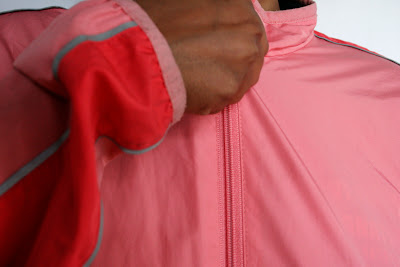 Your responses led to the construction of images for MIND THE GAP!

Here are some of the responses we received via email:

1.
Perceptions differ.
For one, a sleeveless blouse with a sari is a come-hither.
For another, red lipstick is 'asking for it'.
Yet another thinks a salwar -kameez without a dupatta is being shameless.
Girls wearing shorts ,even when it's 45 degrees in the shade? Are you kidding? Sign of too much freedom being given to the girl!
These are male pereceptions mostly.

What do you say when a girl in a burqa with her head covered is whistled at?
When a mother of two,covered from her neck to ankles,taking her kids for a stroll in the park, is subjected to leery comments?
When a young girl going to college in a bus,dressed in a shapeless loose churidar-kurta, is pawed at by unknown hands,leaving her fuming & almost in tears?
When 40-year old middle-class working women in saris,waiting at a bus-stop, are the target of obscene vernacular film songs by cycling romeos.
Think about it!


3.
ALMOST EVERYBODY ON THIS EARTH THINKS THAT FASHION LIES IN THE SEXY CLOTHES THAT REVEALS ONE'S BODY . BUT WHAT I THINK IS THAT FASHION LIES IN YOU NOT IN YOUR CLOTHES .SO WEAR WHAT SOCIETY EXPECT FROM ITS GIRLS AND NT WHAT SHOW'S YOUR BODY.
SO WEAR THOSE STUFF THAT IS COMFORTABLE AND APPRECIABLE.

To begin with its always been a Man's world and woman a mere distraction in the path of a man's achievement. Once this belief is firmly in place and we accept the fact that our personal law is actually based on Manusmriti that holds woman as the root of all evil, it is not so hard to comprehend the behavioural pattern of the society towards eve teasing and the like. I have had so many discussions with people around me regarding the same that i cant keep count and the answers one gets are appalling. One takes some time to come to terms with the fact that members of a civilized society are capable of such unreasonable thoughts. Once even this overwhelming feeling of strangulation is overcome, one can proceed to take in the illogical notions of this society. My friends, who are actually BE students hold that it is up to the girl to ensure she keeps away from the reach of predatory male impulses as its only natural of the male species to get provoked by our presence and of course act on this "natural impulse". And if you did foolishly or negligently fail to avert the consequences that a man can impose on you, its you , the girl who needs to be blamed rather than the perpetrator himself. This logic extends to only those girls whom the society looks up on as "conservative", "traditional" or to put in other words "decent". These standards of decency are hard to be ascertained as one may dress "decently" but at the same time behave slutty. Once the victim is outside the purview of "decency" in every sense of the term, then the perpetrator's action is justified and also rightful on his part.
The logic of " she asked for it" is roughly equivalent to holding a culpable homicide victim responsible for the acts of his aggressor. Its his presence and proximity to the aggressor that provided him with an opportunity to physically assault him! Had the victim had enough sense to stay clear of his aggressor's path, he could have reasonably averted such an unpleasant incident.
Being a law student, I find it impossible to speak without looking at the legal aspect of the argument . The law explicitly states that one can never abandon one's fundamental rights either voluntarily or otherwise. To state that an "inappropriately" dressed woman naturally abandons her right to life is a mockery of our legal system and justice that we are supposed to guarantee one and all.
To conclude, all I can say is that so long a woman abides by the rules of this ever fickle minded society dares to impose upon her, she can ensure sympathy for herself, if victimised but being a woman one should never hope for justice in this man's world.

Promiscuity though an invitation is not a license to rape.......................Its along time ahead before our society can even grasp this statement.

I believe that one can draw such a line solely for oneself.
I dont think there is any such thing as "cheap girls" or crossing the line
..

No one ever asks for it.

Well,
i think it will be the short clothes.
sometimes even the strongest of lechers do turn away
at some of the 'sights' in delhi summers.
very short tight tshirts, which leaves less to
imagine, a remeniscent of the school days, with very
low waist jeans.
normally it wont be that revealing, but it turns
obscene when the person sits somewhere. it do puts
everybody in a unease, the guy next to her also the
better dressed female nearby.

personally i think clothing is ones own attitude and
free will, but basic decency should be maintained. ive
seen the elderly cringe at the sight of it :)

well, it do leave a negative impression on people.

My aunt thinks wearing a sleeveless is not decent

My mom believes a girl should wear a kamiz salwar dupatta when visiting relatives, jeans and kurta are fine as well

My father doesn't care, or so do I think coz he ain't got no daughter

I believe a woman looks beautiful in just whatever she decides to wear and once she does it confidently.

A stare or a comment either ignored completely or responded back in full content, whichever way one decides to do it, is where the line is drawn.

Generally speaking,its not a matter of being 'CHEAP'.Its the people's mentality. I agree,wearing short clothes or those crossing-the-line kinda clothes for outings like shopping can be looked down as cheap but apart from that it's the people-the MALE population.I,being a ching,if dressed in sleeveless or not-sleeveless clothes is stared at as if am wearing nothing at all.Men pass lewd comments and give looks that disgust the hell out of me.So,whats the point but of course you have to know what to wear during different type of occasions. Again seriously it all depends on the mentality.
Asenla

I think what I wear is because I FEEL comfortable wearing it. NOT, because I want to make an impression on others or I want other people to judge me based on my clothes. There is no right or wrong with dressing. The judgement lies in the eyes of the beholder and if he/she/they have a problem then TOUGH! THEY CAN DEAL WITH IT!!

Whats wrong from the college I went to?

9.
Peaceful ethnic tribes existed and exist till today where women dress scantily (or dress like they are "asking for it") but are respected n not eve-teased left right and center.
For example, the warlis in thane district ... the dress their women folk wear would make our urban jeans and short-tees look like burkhas ... yet their menfolk do not find it "asking for it" and they have a peaceful coexistence.
The sex starved (or should I say, not-so-open-about-sex) psyche of the society manifests into "asking for it" is what is my inference. Note also behavior changes from city to city. The other day I was in Chennai (my first time there) with friends, some of them girls and we were at the beach. We sat down. All the girls, who were all laughter and jokes till then, suddenly became nervous and glanced here and there. When I asked them they said their tee shirts would go up and they would get loadsa comments from guys as "this is Chennai!". They woulda sat down without a care if it were Bangalore/Pune/Mumbai ... (I dont mean to comment on Chennai per se as I have hardly seen Chennai ... am only quoting the girls verbatim)
Point being a reserved/conservative societal backdrop also has an influence on what can be labeled as provocative or inviting of eve teasing - call it "asking for it" if u like :-)

Annie's post Transformation of a slut
Posted by J at 16.4.07

I dont think Manusmriti says women are the root of all evil.It clearly says that where women are not worshipped , that nation loses the God's blessings.

Its just that the population is sex-starved.As if thats not enough you have the TV ads and albums which provoke the male like hell.Naturally there is this opinion that people who reveal want it.It will take some time for people to realise its not so.

South is very conservative and Chennai especially.TN is also the state which exploits Northie actresses to reveal like hee.For southerners its not decent to go around in revealing clothes , unless you are doing it on the screen where anything is allowed.

But opinions are changing.It takes time.

I think it was racer Karthikeyan who said "Southern society is very closed".

Sex is taboo and .There ought to be sex education classes , but I think we should stop calling it sex education as it arouses passions.Parents and teachres shouls sit together and decide what information and instruction should be given to children , and we should keep in mind the local culture.For example a frank discussion of topics in north india would not be possible in south , where the language needs to be indirect to convey the same meaning.

The proponents of sex education seem to want to shock people more than anything else.

asking for it indeed!!

but seriously, there are a lot of logical ways guys can get rid of their apparent starvation without resorting to violence, rape and murder.... which rapists are incapable of due to their obvious lack of logic- in which aspect they are like animals...

and there is no point blaming the cur for biting you. its best to avoid it- the world (especially my part) is quite full of curs!

I do not think that blank girls are cheap girls, i have many blank girl friends on EbonyFriends.com, they are very kind and fine.