Actor and celebrated 'Action Hero' Kangana Ranaut refused to endorse a fairness cream.  #DoingItRight
* Starting the week with some goodness. Look out for our #DoingItRight series every Monday, starting June 1st.

We're also calling for an 'Action Hero' who would be interested in curating ‪#‎DoingItRight‬ . This would mean tweeting 5 affirmative actions happening worldwide to build safe spaces.
One year on from Safe City Pledge, we celebrate, who, what, where is doing it right, to eradicate gender based violence . Because we need to make the good visible. In saying " I Never Ask For It " here's what we're also asking for. Small steps. Big change.

#DoingItRight Digest ( in order of most recent )

The day Iceland's women went on strike - Oct 24 #DoingItRight #Historyhttp://www.bbc.com/news/magazine-34602822?ocid=socialflow_twitterRemembering the Suffragettes // BBC Archives #DoingItRight #Historyhttp://www.bbc.co.uk/archive/suffragettes/Tweet about release of film "Suffragette" and an opening up of debate on women and sexism in Hollywood.Suffragette writer didn't get a job because she 'didn't flirt enough' #INAFIhttp://www.bbc.co.uk/newsbeat/article/34471673/suffragette-writer-didnt-get-a-job-because-she-didnt-flirt-enoughTweet about upcoming Bond release.Daniel Craig calls out Hollywood's sexist aging double standard #DoingItRighthttp://mic.com/articles/127215/daniel-craig-just-called-out-hollywoods-sexist-aging-double-standardJennifer Lawrence pens essay on Hollywood sexismhttp://www.bbc.com/news/entertainment-arts-34516084Actresses on the stubborn sexism in Hollywoodhttp://www.nytimes.com/2015/09/13/movies/female-stars-talk-candidly-about-sexism-in-hollywood.html?_r=0Bollywood actresses are challenging sexist stereotypes by cheering on one of their ownhttp://qz.com/514293/bollywood-actresses-are-challenging-sexist-stereotypes-by-cheering-on-one-of-their-own/The brutal, sexist harassment Bollywood actresses face on Twitterhttp://qz.com/498555/the-brutal-sexist-harassment-bollywood-actresses-face-on-twitter/Stop the Cyber-War On Womenhttps://www.facebook.com/cyberwaronwomen?fref=tsChvrches singer condemns sexist abuse from online trollshttp://www.bbc.com/news/entertainment-arts-34083834Mia Matsumiya, a violinist based in Los Angeles, has taken a stand against sexual harassment and abuse online by posting screenshots of offensive messages she's received over the past decade. @mia_matsumiyahttp://www.bbc.com/news/world-us-canada-34599600Retweet:https://twitter.com/mia_matsumiya/status/656519124470755328This Woman Was Harassed Over Her Tinder Profile Pic and Now She's Fighting Backhttp://www.cosmopolitan.com/sex-love/news/a45647/this-woman-was-harassed-over-her-tinder-profile-pic-and-now-shes-fighting-back/Sexual Violence Won't Be Silenced is a Sydney based advocacy group that combats online sexual harassment @svwbshttps://www.facebook.com/SVWBSNice to see a mainstream magazine, Elle, talking about feminismHow to be a Feminist - Carey Mulligan, lead in Sufragettehttp://www.elleuk.com/now-trending/how-to-be-a-feminist-by-carey-mulligan

Essay by @bonni07 about his girlfriend's experience with harassment. He says, Speak up!!https://medium.com/absurdist/we-need-to-talk-about-sexual-harassment-72a1c6a8e4ae #DoingItRight

From not making “the right face” to unbelievable as to "what female engineers look like” https://medium.com/the-coffeelicious/you-may-have-seen-my-face-on-bart-8b9561003e0f #STEM #INeverAskForIt

What does an Engineer look like? Tackling prejudice faced by female engineers and people working in STEM worldwide http://www.theguardian.com/lifeandstyle/commentisfree/2015/aug/13/ilooklikeanengineer-how-one-woman-turned-the-tables-on-sexism-in-her-industry #USA #DoingItRight

"To remind people that there are women who do not have this opportunity [to bring their children to work], that we should do something to talk about this." http://www.theguardian.com/commentisfree/2012/oct/24/high-five-licia-ronzulli-children-workplace

Ending with tweets about Sheetal Sathe of Kabir Kala Manch and her work as an activist.

Sheetal sings of Mothers' hardships providing for their children https://www.youtube.com/watch?v=r7JRWE64CEw

Is this #DoingItRight? Scratching my head here: Designated Women's Parking spots in #Germany. Your thoughts? http://wapo.st/1K0S3CH

#JammuKashmir issues notification towards #ChildCare leaves for its women employees. Your thoughts? http://www.ndtv.com/india-news/jammu-and-kashmir-government-approves-2-year-child-care-leave-for-women-employees-784649 …

This Monday's #DoingItRight brought to you by @ViraMistry
Today's list includes the following:

The #AbortionPill is finally legalized in #Canada. #DoingItRight providing women with safe options.

Photographer @CareyLynne sets it right #DoingItRight with her American beauties project. We are many kinds beauty http://huff.to/1Ik8hWx

No one type of cover girl. Yes. We are proud, whole and diverse bodies .@WomensRunning #DoingItRight http://bit.ly/1KlI646  Erica Schenk

@AngellicAribam #DoingItRight demands sanitary pad for those in police custody http://bit.ly/1SmZch8
@potus #DoingItRight Calling it what it is. #Rape. #BillCosby 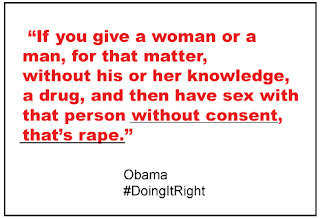 #DoingItRight reports affirmative actions to end gender based and sexual violence from around the globe.
Today's list includes the following:

India's Supreme Court is #DoingItRight by granting guardianship to an unwed mother without the consent of the father http://goo.gl/3mH9e8

"A feminist? Why do you hate men?" @GynoStar #DoingItRight w/ illustrations on being a ‪#‎Feminist‬ in the modern world http://goo.gl/dkhdJa

affirmative news is good for you /us.  This monday  tell us who what where is #DoingITRight to eradicate #GBV #VAW @rishie_

When you have the courage to #DoingItRight . Many will follow. Affirmative Actions Ripple
http://www.buzzfeed.com/jarrylee/love-wins#.diDgElXA4E Brands Celebrate  #LoveWins

Barnard Women's College will now accept those who identify themselves as women regardless of gender #DoingItRight #LGBTQwww.aol.it/1dQdWbn

June 22nd 2015.
"If you are not yourself, then who are you?" Kids react to Caitlyn Jenner via @SheKnows #DoingItRight #LGBTQ https://youtu.be/eWCZIZwiCkY

2 women and 14 men are #DoingItRight by choosing vulnerability over aggression #Conscription #Lithuania http://goo.gl/2qTIMl

Vrindavan widows are #DoingItRight with color, play, holi and celebration via @AJENews http://aje.io/gcmj

@MenCareGlobal and fathers from around the world are #DoingItRight in this heartwarming video #FathersDay https://youtu.be/uAFIc4Z_wrQ

Email ThisBlogThis!Share to TwitterShare to FacebookShare to Pinterest
Labels: asking for it, doing it right, street signs