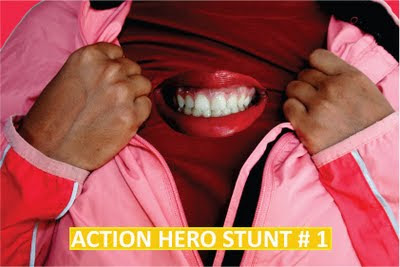 New Delhi: Six months back, 15-year-old Maya's (name changed) life was full of fun and frolic just like any other school-going girl. Then one day, while on the way to school, she was stalked by a group of guys who started hurling comments and abuses at her.

As this harassment continued for several days, Maya's scared parents stopped her from going to school and did not even allow her to venture out of her home. Today, she is virtually under 'house arrest' for no fault of hers.

Her parents are a worried lot as repeated complaints to the police have not yielded any result so far. As such Maya, who was a student of class 8 of Rajakiya Sarvodaya Vidyalay in Khanpur area, was forced to drop out from the school.

"The problem started in August 2010 when a local goon Sripal started following my daughter. He often passed vulgar comments at my daughter while she used to be on her way to school. Fearing that any harm might come to her, we stopped her from attending the school. We lodged a complaint with the police but they didn't take any action. The situation worsened and the stalkers continued to harass her even after she dropped out from the school. Whenever she used to go out of the house, they troubled her repeatedly," said Ram Kumar (name changed) father of the victim.

Kumar again lodged a complaint against his daughter's stalkers in October but police still remained inactive. "The inaction of cops has encouraged the stalkers further. Right from the day my father lodged a complaint against them, they became more abusive towards me. Whenever they see me out of the house, they start chasing me and pass vulgar comments. At times they even tried to molest me. The whole colony watched their act but nobody came to my rescue," said the victim.

Besides Kumar's complaint, there is another complaint lodged against these accused for eve-teasing and use of vulgar language. Still the police seem to prefer inaction on the issue. When contacted by MiD DAY, the police officials said that they will be able to comment after they investigate the case.

Residents of the area say the accused operate as a gang and often indulge in such unlawful activities in the Lal Kuan area of Pul Prahladpur area.

>>>>
1. do you know someone who missed school for avoiding 'eve-teasing'?
alternatively- do you plan your daily route/ activities to avoid sexual harassment on the streets?
2. have you ever filed a police complaint? if yes- what followed?
if no- why not
3. do you experience sexual harassment from the same person everyday- if yes what are your strategies? how do you respond to it (neighbourhood/ bus/ college/ workplace)
4. Have you been a 'spectator who changed the scene'- i.e instead of watching the 'tamasha'- you got involved and supported the survivor of violence?
5. Are there any follow ups of this report?
Posted by Blank Noise at 29.4.11

This is ridiculous! How difficult is it for the police to arrest a bunch of bastards?

i am very impressed with ur blog. please kindly add my one of my newly created blogs as below: