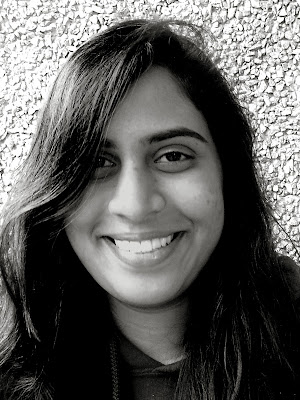 Intern: October 2013 – present
I’m Action Hero Ameya and I’ve been with Blank Noise in varying capacities since I was 10 years old. Now 20, I’m in my final year of college studying towards a Bachelors Degree in Psychology, Literature and Journalism and an official intern at Blank Noise. Currently, I’m working towards establishing a college network of action heroes, so students across cities can communicate, collaborate and create. If you’re a student who likes to have fun while being committed and driven, shout out to blurtblanknoise@gmail.com subject titled “Attention Ameya”
My embodiment of an Action Hero is someone who participates in standing up to street sexual harassment by engaging in and generating public discourse around the topic. Having played the Action Hero Game, I discovered new meaning to being an Action Hero - someone who is unlearning fear. My entire experience with Blank Noise can be summed up as a process of unlearning fear and embracing rightful freedom.
To me, the most motivational idea was that of reclaiming public space and building safe cities. As a community led public art project, Blank Noise doesn’t define that this is what needs to be done, it allows people to interpret street sexual harassment the way they experienced it and come up with strategies to counter it. The Action Heroes blog records many such testimonies of action heroes who are spread out geographically and are culturally diverse. Compiling and putting up the testimonials was one of the tasks I was assigned in my first week and I approached it with a great deal of enthusiasm. I expected that reading so many personal stories would help me become fearless but it was quite the opposite. I became depressed and more fearful than ever but after a while I began to feel stronger. By the end of it, I realized I no longer felt alone, that there were people out there who experienced harassment and were feeling guilty, shameful, and scared as a result when they shouldn’t be and they were sick of it. Out of this collective feeling of rage emerged a sense of solidarity. Organizing the subsequent Action Hero games is hectic but lots of fun. Compiling each players responses and mapping out their locations keeps adding to my own learning from playing the game. The responses from the action heroes post this endurance game is the best part, the positivity and the change brought about in them, however big or small.
My personality being more inclined towards research than field work, I’m working on bringing back to life an old Blank Noise project, ‘Reporting to Remember’ which is an archiving of attacks on women in the name of religion, culture and politics. I’m building a team to take this forward and if you would like to be a part of it, just email blurtblanknoise@gmail.com. Currently the focus is on archiving attacks that have taken place in 2013 to tie into another project ‘I Never Ask For It’. My other areas of research interests are representation of women and sexual violence in the media, gender and sexuality, prevention of child sexual abuse and cultural studies.


About Action Hero Profile:
Countless Action Heroes have anonymously built and shaped Blank Noise over the past decade. Starting this November, we will be sharing their relationship with the collective in a new segment called Action Hero Profiles
If you have volunteered, interned and or contributed to Blank Noise in any which way, we would love to share your story. Please write in at blurtblanknoise@gmail.com