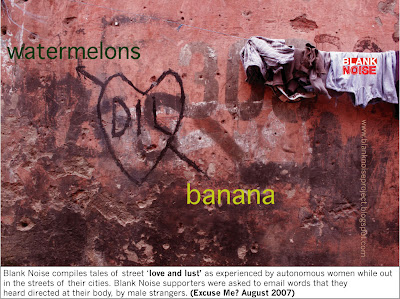 Little too eager, i guess? where are the mails??

hey m confused a bit ..... read about it in 'the week ', but still not able to get the aim of blank noise.... is it just to talk bout eve teasing or r u helping to stop it any way??