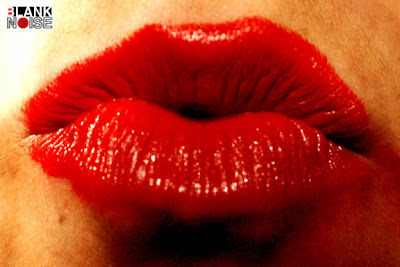 hey laurie! absolutely. we couldnt agree with you more...

We feel that it is important to address this and get people to bring forth and share their perceptions, limits, boundaries.

Peaceful ethnic tribes existed and exist till today where women dress scantily (or dress like they are "asking for it") but are respected n not eve-teased left right and center.
For example, the warlis in thane district ... the dress their women folk wear would make our urban jeans and short-tees look like burkhas ... yet their menfolk do not find it "asking for it" and they have a peaceful coexistence.
The sex starved (or should I say, not-so-open-about-sex) psyche of the society manifests into "asking for it" is what is my inference. Note also behavior changes from city to city. The other day I was in Chennai (my first time there) with friends, some of them girls and we were at the beach. We sat down. All the girls, who were all laughter and jokes till then, suddenly became nervous and glanced here and there. When I asked them they said their tee shirts would go up and they would get loadsa comments from guys as "this is Chennai!". They woulda sat down without a care if it were Bangalore/Pune/Mumbai ... (I dont mean to comment on Chennai per se as I have hardly seen Chennai ... am only quoting the girls verbatim)
Point being a reserved/conservative societal backdrop also has an influence on what can be labeled as provocative or inviting of eve teasing - call it "asking for it" if u like :-)

Um, you'd think 'asking for it' would be kinda literal. That's what I would call it, if someone actually went and said the words "Harass me please", don't think that kinda thing happens often.

okay so this is not so much a comment as a random internet grammar police call.
One of your labels in this post got typoed to 'cheo girls' no need actually post this comment...

All of you here seem to be of the opinion that there is no such thing as asking for it. Maybe being a female is asking for it then? am i wrong?

you art students are just ultra-sensitive ;)

whats this got to do with arts students?
anyway - i guess most of the common denominators have been covered here - but i asked around and here are some of the things i was told:
a) "if you are a beautiful girl"
b) "if you're overconfident"
course, when i asked these men what 'overconfident' meant..they pretty much suggested that girls who 'talk too much' are 'over confident'..uhm? so are chatterboxes asking for it :P
c) "girls who wear pants and western clothes"
d) "girls in salwars who look too paavam"
e) "girls who flirt" - "flirting is when you smile, wink at the other person"

then there is the whole issue of revealing clothes..the definition of which differs from person to person..i am going to investigate a little more on this aspect.

THERE IS NO ASKED FOR IT...abs nothing, I should have a right to walk down the road as i wish to, as i want to...

It's more culture specific. Like some of you pointed out, a woman from a tribal area in Madhya Pradesh wearing what we call "clothes that expose" is a norm where she belongs to.
A skirt and a tank top won't be an issue in the U.S (or so I believe) as it will be in India, taking the same social settings in mind.
Wearing loud make up will be different for different cultures.

For my mother a "cheap girl" would be someone wearing loud makeup.
I still remember as a young girl of 12-13 while developing my breasts I was told to wear a slip over my bra coz otherwise it would be "cheap" and "nice" girls should wear one, wearing a little see - throughshirt was considered "cheap", 7-8 years on while reading "Promiscuities" by Naomi Wolf, I came across the same thing. It's a book dealing with the same culture norms and how girls/women are labelled/branded. We always have certain words for people we come across esp. in case of women. What I define as cheap, I have no idea. A year back I had 20,000 def of what cheap was. But now somehow can't really define/say something.

How difficult it is for us to talk about sexuality, honestly while writing the breasts I thought twice. Can't speak for other people.
Wearing a bra or not wearing one, wearing a slip or not, was a mjor issue and that "or/not" defined what was cheap and not cheap.

Arts student, I guess we have the ability or rather courage to question. If that is being called sensitive, so be it :)

monika, you already have the right to walk down the road as want to, as you wish to. you just dont have the ability.

Hmm...not getting the point here, she has the right and technically she has the ability to walk too :/

It's all about perspective isn't it, about opinion from they way we have been raised and the norms that society has dictated for us. I live in a Western country (Australia) and people pretty much wear what they want. It's actually more of an issue and people will look at you strange if you are covered up more than "normal" (eg. full length burkas etc (just lots of negative connotations there) and even salwars/sarees but that's more I think coz people are curious) but still wearing what you want is rarely a reason for getting harassed.

When I went to India last, I was forbidden by various aunties (my own mother had no problem mind you)to wear my normal t-shirts that I'd wear here solely for the fact that it was fitted and I guess brought attention to my breasts.

So here it's not uncommon to see loud makeup, tight clothes etc but I think that "cheapness" as such for me would mean obvious inappropriate dressing for the occasion/situation. I guess I still err on the side of lesser clothes/ garish makeup but half of that is just me and half of that is knowing that they have no style :P

I am an architect and i am a builder. i work in cement sand and stones and iron. i like the smell of hardwork, honesty, skill and sweat.

I love the excellence of a person at his/her work!

I am an Individualist and I do not support any idea of Collectivism.

What the hell is asking for it?

Are men such beasts, that they are being invited? What the hell kind of assumption is it. If Salman Khan takes off his shirt and is assaulted onstage by a mob of women, is he "asking for it" or are the women man-crazy?


Using the pathetic excuse, women are asking for it, just shows how the people to make that excuse are asking to be called sub-civilized.